It Does Not Make Sense

My sister once shared with me a friend of hers has difficulty accepting the Catholic faith because, according to this friend, there are elements in our faith that do not make sense.

People who have been using a rational mind to try to understand our Catholic faith often think our faith does not make sense. They try to investigate faith beyond ‘the scientifically observable and measurable’ and look for the ultimate causes/reasons under the light of reason. Although this level of investigation is under the light of human reason, it does not tell the whole story about our Catholic faith because the greatness of God is too fathomless to be understood by human intelligence. 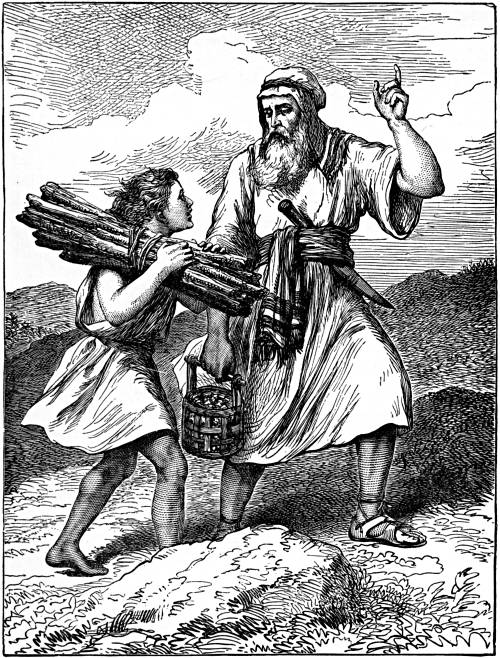 Abraham’s son Isaac was born when both Abraham and his wife Sarah were old. Then God surprisingly asked Abraham to sacrifice his own son, “Take your son Isaac, your only one, whom you love, and go to the land of Moriah. There you shall offer him up as a holocaust on a height I will point out to you.” ( Genesis 22:2 )

Abraham could have thought, “Lord, it does not make sense! If I kill my son, how can my descendants be like the dust of the earth?” Nevertheless, despite his deep fatherly love, he chose to obey God.

What was the result of Abraham’s obedience? ‘Consider the case of Abraham: he “believed in God, and it was credited to him as justice.” This means that those who believe are sons of Abraham. Because Scripture saw in advance that God’s way of justifying the Gentiles would be through faith. It foretold this good news to Abraham: “All nations shall be blessed in you.” Thus it is that all who believe are blessed along with Abraham, the man of faith.’ ( Galatians 3:6-9 )

About six centuries after Abraham, God asked Moses to go to Egypt and order the powerful pharaoh to release the Jewish people. At first Moses protested and came up with an excuse, “If you please, Lord, I have never been eloquent, neither in the past, nor recently, nor now that you have spoken to your servant; but I am slow of speech and tongue.” ( Exodus 4:10 )

But God insisted, “Who gives one man speech and makes another deaf and dumb? Or who gives sight to one and makes another blind? Is it not I, the Lord? Go, then! It is I who will assist you in speaking and will teach you what you are to say.” ( Exodus 4:11-12 )

Moses could have thought, “Lord, it does not make sense!” Nevertheless, he chose to obey and his obedience became the most important event in the history of the Jewish people.

About six hundred years before Jesus was born, God appointed Jeremiah to be a prophet. Jeremiah protested and came up with an excuse like Moses, “Ah, Lord God, I know not how to speak; I am too young.” ( Jeremiah 1: 6 ) But Jeremiah finally obeyed God and dutifully performed his role of a prophet during the most painful period in the history of the Jewish people. 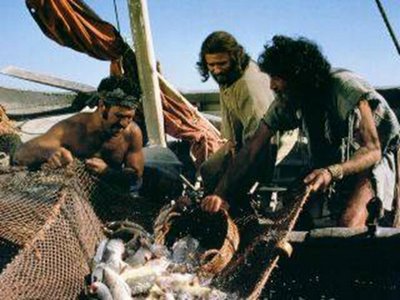 In the Gospel of Luke, Jesus gave what seemed to be a tall order to Peter. ‘As he stood by the Lake of Gennesaret, and the crowd pressed in on him to hear the word of God, he saw two boats moored by the side of the lake; the fishermen had disembarked and were washing their nets. He got into one of the boats, the one belonging to Simon, and asked him to pull out a short distance from the shore; then, remaining seated, he continued to teach the crowds from the boat. When he had finished speaking he said to Simon, “Put out into deep water and lower your nets for a catch.”’ ( Luke 5:1-4 )

Peter could also have thought, “Lord, it does not make sense! We have been trying hard all night long and did not get anything.” But Peter did not stop there; he then continued to say something of great importance. What he later said was so important that Christians of all ages should learn well. “Master, we have been hard at it all night long and have caught nothing; but if you say so, I will lower the nets.” ( Luke 5: 5 )

What was the result of Peter’s ‘if you say so’? “Upon doing this they caught such a great number of fish that their nets were at the breaking point. They signalled to their mates in the other boats to come and help them. These came, and together they filled the two boats until they nearly sank.” ( Luke 5:6-7 )

In our rational mind, God’s ways sometimes are strange. We will waste our time if we want to figure out the logic of His ways. His orders are sometimes militate against our human nature. The things that He allows to happen often do not make sense. For instance, it is hard to understand why faithful Christians seem to suffer while evil people seem to prosper.

How can we cope with this? Only our faith can sustain us.

Our faith makes us say, “Lord, I know it does not make sense, but if you say so, I will do what you want me to do. Not my will, but yours be done.”