Saints Are Sinners Who Kept on Going

A friend sent me a statement and asked me what I thought about it – ‘Saints are sinners who kept on going’ which was a quote from Robert Louis Stevenson who was a well known Scottish writer in the 19th century.  I responded with another quote written by an anonymous writer – ‘I may not be there yet but I am closer than I was yesterday’.  It was written by an anonymous writer who could have been inspired by St. Richard of Chichester whose famous prayer encouraged many people, including me.

——— written by St. Richard of Chichester 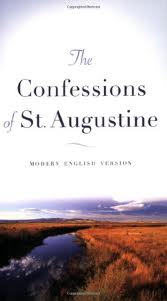 Many saints were sinners before they repented.  The most famous example was perhaps St. Augustine.  Before his repentance, Augustine’s life was characterized by licentiousness.  After his repentance, he devoted himself entirely to serving God and to the practices of priesthood and celibacy.  Eventually he wrote the famous The Confessions which has become one of the greatest literary works in the history of the Catholic Church, and also in the realm of literature.

The same story of repentance repeated throughout history with some variations.  Another well known personality in the Catholic Church experienced a similar repentance and changed his life completely.  He was a Spanish knight by the name of Inigo.  He did not put God as his first priority when he was young.  He was more interested in the worldly fame and wealth.  He was seriously wounded during a battle in 1521.  A sense of uselessness became God’s means of changing the recuperating Inigo into Saint Ignatius of Loyola.  His teaching has greatly influenced many people, including me.  When I was about six years old, I learned about the most important question and its answer regarding the Catholic faith. The question is ‘Why do you live in the world?’  The answer, according to St. Ignatius of Loyola, is ‘Man was created to praise, reverence, and serve God and, by doing so, to save his soul – his entire self.’

As every saint had a past, so every sinner has a future.  The stories of St. Augustine and St. Ignatius have given us an impetus to move forward to get closer to the Lord day after day, just like St. Richard of Chichester.  Many saints such as St. Paul, St. Peter, St. Matthew, St. Augustine, and St. Ignatius knew how to leave their baggages of negativity behind and move forward to follow the Lord Jesus.  Inside their baggages, there were guilt, anger, sorrow, shame, resentment, self hate, and fear.

There is a desparate need for a constant reminder of the fundamental purpose of our existence, expressed so simply, yet so forcefully by St. Ignatius, that we were created to save our soul by serving God because so many people today have taken the Catholic faith, its belief, and practices, for granted.  Our faith has grown feeble and our love has become lukewarm.  There is a general lack of enthusiasm.  Many Catholics do not go to the church anymore.  Among some who still go to the church, attending the Sunday mass is the only religious activity for that week.  Reception of the sacraments has become mechanical.

There is a false belief that since Christ died for all, so we must all be saved.  God did not say so.  The truth is that since Christ died on the cross for all, salvation is available for everyone, but not everyone will be saved.  His death will avail us nothing, if we do not take Christ as our personal Saviour and follow His teachings seriously – just like a man who could die of thirst beside a spring of water if he refused to go to the spring and drink the water himself.

We need to remember the teaching of Jesus about perseverance, “But whoever holds out to the end will be saved.”  (Matthew 10:22)

We should learn how to persevere from St. Ignatius.  The sense of uselessness he felt did not strike him down.  Eventually he became a great saint and founded the Jesuits.

God comes to us in the challenges of our daily life.  If we take up these challenges, we will have a new sense of purpose.  With this new sense of purpose, we will no longer feel we are useless.  We will find a new sense of hope.  We will find comfort and courage from the words of Isaiah who said, “ Young men will faint and grow weary, youths will stagger and fall, but those who hope in the Lord will renew their strength, they will soar as with wings of eagles; they will run and not grow weary, walk and not grow faint.”  (Isaiah 40:30 – 31)

What about the man who could die of thirst beside a spring of water because he refused to drink the water himself?  Jesus warned us with this parable, “There was once a man who had a fig tree growing in his vineyard.  He went looking for figs on it but found none.  So he said to his gardener, ‘Look, for three years I have been coming here looking for figs on this fig tree, and I haven’t found any.  Cut it down!  Why should it go on using up the soil?’ But the gardener answered, ‘Leave it alone, sir, just one more year; I will dig around it and put in some manure.  Then if the tree bears figs next year, so much the better; if not, then you can have it cut down.’”  (Luke 13: 6 – 9)