A man had a fig tree growing in his vineyard, and he came out looking for fruit on it but did not find any.  He said to the vinedresser, “Look here!  For three years now I have come in search of fruit on this fig tree and found none.  Cut it down.  Why should it clutter up the ground?”  In answer, the man said, “Sir, leave it another year, while I hoe around it and manure it; then perhaps it will bear fruit.  If not, it shall be cut down.”  (Luke 13: 6 – 9)

There are many people who, like the fig tree in the parable, hustle and bustle every day in activities which do not produce any merits that enable them to gain a permanent place in the heavenly kingdom in eternity.  Life seems going nowhere for these people.

St. Ignatius Loyola, the founder of the Society of Jesus (the Jesuits), was once knocked to the ground by a French cannonball.  While recuperating, he experienced a religious conversion and came to realize the purpose of his existence: Man was created to praise, do reverence to and serve God our Lord, and thereby to save his soul.

There were some people in the New Testament whose daily activities seemed to be going nowhere before Jesus stepped into their lives.  St. Matthew was a tax collector before he met Jesus.  We are not sure if Matthew had ever thought about the purpose of his existence.  ‘What good am I doing to my soul collecting taxes every day from my own people?’  But when Jesus stepped into his life, everything changed.  ‘As he moved on, Jesus saw a man named Matthew at his post where taxes were collected.  He said to him, “Follow me.”  Matthew got up and followed him.’  (Matthew 9:9)

Likewise, we are not sure if Peter, Andrew, James, and John had ever wondered, ‘What good does it do to our souls to fish day after day?’  Once again, everything changed when Jesus stepped into their lives.  ‘As he was walking along the Sea of Galilee he watched two brothers, Simon now known as Peter, and his brother Andrew, casting a net into the sea.  They were fishermen.  He said to them, “Come after me and I will make you fishers of men.”  They immediately abandoned their nets and became his followers.  He walked along farther and caught sight of two other brothers, James, Zebedee’s son, and his brother John.  They too were in their boat, getting their nets in order with their father, Zebedee.  He called them, and immediately they abandoned their boat and father to follow him.’  (Matthew 4:18 – 22)

Before meeting Jesus, Zacchaeus was busy storing up treasure in this world but did not care about storing up treasure in heaven.  He changed completely after Jesus stepped into his life.  ‘Zacchaeus stood his ground and said to the Lord, “I give half of my belongings, Lord, to the poor.  If I have defrauded anyone in the least, I pay him back fourfold.”  Jesus said to him: “Today salvation has come to this house, for this is what it means to be a son of Abraham.”’  (Luke 19: 8 – 9)

Before Saul experienced his conversion, he kept on threatening to kill the Lord’s followers.  We are not sure if he had ever thought about if killing the Lord’s followers would do his soul any good.  He changed thoroughly after Jesus stepped into his life.  ‘I have been crucified with Christ, and the life I live now is not my own; Christ is living in me.  I still live in human life, but it is a life of faith in the Son of God, who loved me and gave himself to me.’  (Galatians 2:20)

We need to ask ourselves what our goals are as individuals, as a family, as a parish, or as a country.  Do our goals include plans that help us in our salvation?  Have we forgotten about God in our daily mundane activities?  Is the Sunday Mass that we attend every week the only religious activity for that week?

We need to constantly remind ourselves the ultimate purpose of our existence in this world:  Man was created to praise, do reverence to and serve God our Lord, and thereby to save his soul.

After Zacchaeus experienced his conversion, he said, “I give half of my belongings, Lord, to the poor.  If I have defrauded anyone in the least, I pay him back fourfold.”  Similarly, after the disciples experienced their conversion, they asked, “Here we have put everything aside to follow you.  What can we expect from it?”  (Matthew 19:27)

For Zacchaeus and the disciples, worldly treasure was not valuable anymore compared to Jesus.  They did not mind abandoning their worldly treasure to follow Him.  They were like the merchant who was looking for a valuable pearl in one of the parables.  ‘Or again, the kingdom of heaven is like a merchant’s search for fine pearls.  When he found one really valuable pearl, he went back and put up for sale all that he had and bought it.’  (Matthew 13: 45 – 46) 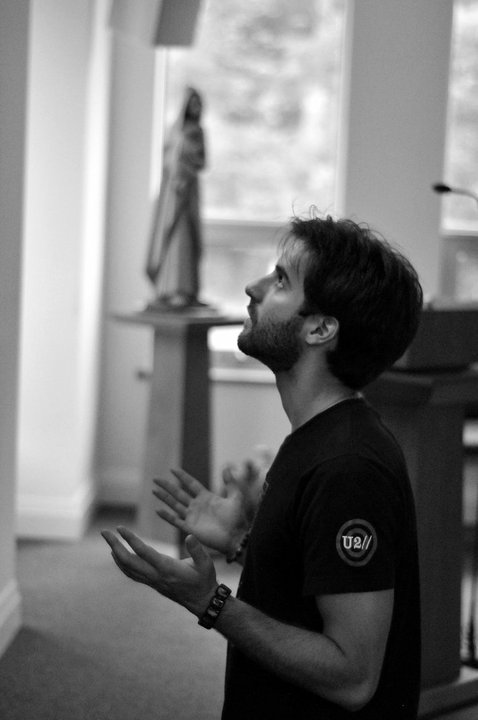 What about St. Ignatius Loyola?  Did he abandon anything to follow Jesus?  While recuperating, he experienced a conversion and began to realize the ultimate purpose of his life.  Consequently, he wrote his well known prayer ‘Suscipe Domine’ which means ‘Take, Lord, and Receive’.

Receive, O Lord, all my liberty.  Take my memory, my understanding, and my entire will.  Whatever I have or possess You have given to me, I give it all back to You and surrender it wholly to be governed by Your will.  Give me only Your love and Your grace and I am rich enough and ask for nothing more.  ——–  St. Ignatius Loyola

To Zacchaeus, the disciples, St. Paul, St. Ignatius Loyola, and to those of us who want to save our souls by praising, doing reverence to and serving the Lord, Jesus said, “Moreover, everyone who has given up home, brothers, or sisters, father or mother, wife or children or property for my sake will receive many times as much and inherit everlasting life.”  (Matthew 19: 28 – 29)

N.B.  In the photo, my friend David was praying in front of a tabernacle which can not be seen.  He may move into a seminary at the end of August, 2010 and become a seminarian.  Please pray for his vocation.  Your prayer is greatly appreciated.