There was an internal lockdown at the school where I teach this afternoon. No one was allowed to enter or leave the school until the lockdown was lifted. No one was sure what happened

When I was at home later in the evening, I tried to find out what happened. From the website of www.thestar.com, I found what happened. ‘Shortly after 11 a.m., a 19-year-old was stabbed in Scarborough, he is in critical condition. Three schools in the area were placed in a “secure and hold” state as police hunted for three to five suspects. No one was allowed to enter or exit the schools until police lifted the precautionary measure, classes went on as scheduled.’

Besides this incident which took place close to where I teach, I found the following headlines: 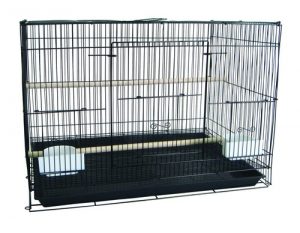 These are some of the headlines on the website of www.thestar.com today, June 11, 2009. These headlines remind me of the following story:

A man was on the side of the road with a large birdcage. A boy noticed that the cage was full of birds of many kinds.

“Where did you get those birds?” he asked.

“Oh, all over the place,” the man replied. “I lure them with crumbs, pretend I’m their friend then when they are close, I net them and shove them into my cage.”

“And what are you going to do with them now?”

The man grinned, “I’m going to prod them with sticks, and get them really mad so they fight and kill each other. Those that survive, I will kill. None will escape.”

The boy looked steadily at the man.

What made him do such things? He looked into the cruel, hard eyes.

Then he looked at the birds, defenseless, without hope.

“Can I buy those birds?” the boy asked.

The man hid a smile, aware that he could be on to a good thing if he played his cards right. “Well,” he said hesitantly, “The cage is pretty expensive, and I spent a lot of time collecting these birds, I’ll tell you what I’ll do, I’ll let you have the lot, birds, cage and all for ten pounds and that jacket you’re wearing.”

The boy paused, ten pounds was all he had, and the jacket was new and very special, in fact it was his prized possession. Slowly, he took out the ten pounds and handed it over, then even more slowly he took off his jacket, gave it one last look then handed that over too.

And then (well, you’ve guessed it) he opened the door and let the birds go free.

The Enemy of the world, Satan, was on the side of life’s road with a very large cage. The man coming towards him noticed that it was crammed full of people of every kind, young, old, from every race and nation.

“Where did you get these people?” the man asked.

“Oh, from all over the world,” Satan replied. “I lure them with drink, drugs, lust, lies, anger, hate, love of money and all manners of things. I pretend I’m their friend, out to give them a good time, then when I’ve hooked them, into the cage they go.”

“And what are you going to do with them now?” asked the man.

Satan grinned. “I’m going to prod them, provoke them, get them to hate and destroy each other; I’ll stir up racial hatred, defiance of law and order; I’ll make people bored, lonely, dissatisfied, confused and restless. It’s easy. People will always listen to what I offer them and (what’s better) blame God for the outcome!”

“And then what?” the man asked. “Those who do not destroy themselves, I will destroy. None will escape me.”

The man stepped forward. “Can I buy these people from you?” he asked. Satan snarled, “Yes, but it will cost you your life.”

So Jesus Christ, the Son of God, paid for your release, your freedom from Satan’s trap, with His own life, on the cross at Calvary. The door is open, and anyone, whom Satan has deceived and caged, can be SET FREE.

WHAT DOES IT PROFIT A MAN IF HE GAINS THE WHOLE WORLD BUT LOSES HIS OWN SOUL?