The Lamb’s Book of the Living 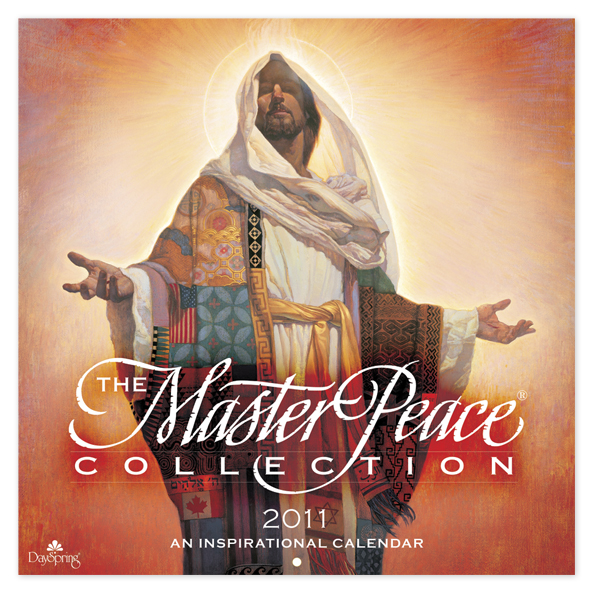 A friend gave me a calendar as a Christmas present.  This calendar has the most uplifting and motivating paintings along with the Scripture to remind us what the Lord has done for us.  Each month is a piece of art in itself.  In the January of this calendar, the painting is called THE INVITATION.  The Lord Jesus was using one hand to help a man get up from the floor outside a banquet hall, while pointing at the guests who were laughing and chatting with one another inside the banquet hall with the other hand.  It seems the Lord was saying, “Come in.  I invite you to join us.”  Below the painting there is a quote from the Book of Revelation:  ‘Blessed are those who are invited to the wedding supper of the Lamb!’ (Revelation 19:9)

But who are invited to the wedding supper of the Lamb?  St. John said if your name is on the Lamb’s book of the living, then you are invited.  ‘I did not see a temple in the city, because its temple is the Lord God Almighty and the Lamb.  The city has no need of the sun or the moon to shine on it, because the glory of God shines on it, and the Lamb is its lamp.  The peoples of the world will walk by its light, and the kings of the earth will bring their wealth into it.  The gates of the city will stand open all day; they will never be closed, because there will be no night there.  The greatness and the wealth of the nations will be brought into the city.  But nothing that is impure will enter the city, nor anyone who does shameful things or tell lies.  Only those whose names are written in the lamb’s book of the living will enter the city.’ (Revelation 21: 22 – 27)

“Not as man sees does God see, because man sees the appearance but the Lord looks into the heart.”  (1 Samuel 16:7)

Whose names should not be there?  Obviously neither the scribes nor the self-seeking Pharisees since they are too concerned with their own sense of importance that they ‘like to walk around in their long robes and be greeted with respect in the market place, who choose the reserved seats in the synagogues and the best places at feasts.’ (Mark 12:38-39).  They were too busy advertising themselves.

And whose names should be there?  They are the humble people who selflessly give their time, their talent, and their energy, to serve others.  Their sole motivation is love, not human praise, of God and their fellow human beings.  When they give alms, they do not let their left hand know what their right hand is doing.  (Matthew 6:3)

There are many unsung heroes who are now in the heavenly kingdom because they practiced their humility valiantly.  There are also many famous but anonymous heroes in the Bible who displayed outstanding humility and so are worthy to be our role models.  Among them, there are two well known widows who demonstrated their love and trust in God similarly and humbly.  They are well known not because they spent much time blowing their own trumpets but because their stories are found in the Bible.  In fact, we do not even know their names.  The first widow gave all she had to honour God’s prophet Elijah.  (1 Kings 17:10 – 16)  The second widow dropped in two little coins into the offering box in the temple.  About this widow, Jesus said to his disciples, “I tell you that this widow put more in the offering box than all the others.  For the others put in what they had to spare of their riches; but she, poor as she is, put in all she had – she gave all she had to live on.”  (Mark 12: 43 – 44)

There are two elements that characterized all saints.  They are profound union with God and humility.  Well aware of the fact that Jesus, who is the way, the truth, and the life, must be the center, the criteria, and the model for our daily lives, modern saints today should be like John the Baptist who insisted he had to decrease and Christ should increase.  Modern saints today should also be like St. Joseph, of whom the Bible says he always did what was right and he did not want to disgrace Mary publicly.  He is a member of the Holy Family but not even one of his words has ever been recorded.  Modern saints today should also be humble like Mary who said, “I am the handmaid of the Lord.  Let it be done to me as you speak.”  (Luke 1:38)

Modern saints today should also obey the Lord humbly like Jesus.  On the topic of humble obedience, Jesus said to St. Faustina, “I have come to do My Father’s will.  I obeyed my parents, I obeyed My tormentors and now I obey the priests.”  (Divine Mercy in My Soul #535)

Jesus did not condemn the rich, the famous, and those who are genuinely ambitious, but those who think they are superior to others, those who like to advertise to others about the good deeds they have performed, those whose pride has prevented them from obeying the teaching of the Church, and those whose pride has become an obstacle in the path to sanctity.  Humility does not mean always telling others that I am a nobody.  Humility means recognizing that what I have is given to me by the gratuitous grace of God.  Humility means knowing well that ‘The Kingdom, the Power, and the Glory are His, forever and ever’.

While walking on this earth, Jesus did many things.  He opened the eyes of the blind.  He changed water to wine.  He opened the ears of the deaf.  He fed thousands of people with five loaves and two fish.  He made the crippled walk.  He raised the dead to life.  He walked on water.  But He did not ask us to learn from Him because He had the ability to perform these miracles.  He asked us to learn from Him because He is meek and humble of heart.  (Matthew 11:29)

Humility is the platform of all virtues.  If you possess it, you will also possess the earth. (Matthew5:5)  You will also be invited to the wedding supper of the Lamb because your name is found on the Lamb’s book of the living.