A friend complained to me last week that some of the people that she always sees do not behave like Catholics although they have been baptized.  Among these people, a woman openly admits that she is selfish, and it seems that she is quite proud of her selfishness.  I responded to my friend that there are lukewarm Catholics everywhere.

When I pray the third Joyful mystery –The Birth of Jesus, I always meditate on the purpose of the Incarnation.  “I have come in order that you might have life – life in all its fullness.” (John 10:10)  The real reason why we are alive is not because we are breathing, but because of God’s grace.  Grace is God’s own life.  When we participate in the Eucharist properly, God bends down to share part of His life with us, that is what grace is about.  The grace that we receive from God makes us better, happier, more mature, and equips us with fortitude in face of hardships.

Unfortunately, these Catholics who do not behave like Catholics may appear prosperous and successful, but they are dead to the life of God.  We must exercise constant vigilance not to become one of them.  I reminded my friend what Jesus said about these people, “You are like salt for all mankind.  But if salt loses its saltiness, there is no way to make it salty again.  It has become worthless, so it is thrown out and people trample on it.”  (Matthew 5:13) 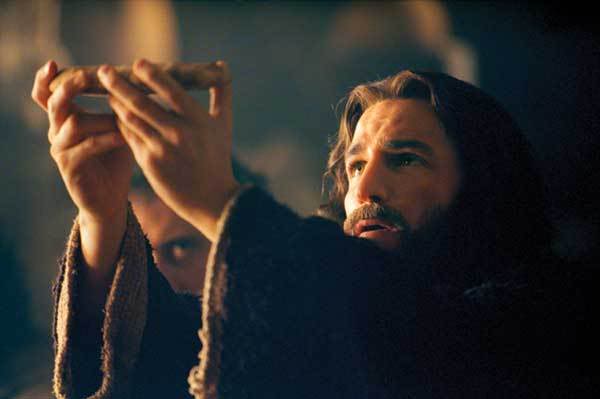 In order not to become one of them, we need to constantly receive the spiritual food that sustains our spiritual life.  But where do we get it?  In every Catholic church, there are two tables from where we get the spiritual food – the pulpit and the altar.  From there we get two different kinds of food – the food of the Word of God and the food of the Eucharist, of which Jesus said, “I am the living bread that came down from heaven.  If anyone eats this bread, he will live forever.  The bread that I will give him is my flesh, which I give so that the world may live.”  (John 6:51)

But there are people who have problems with the first table:  The Bible is hard and boring, especially the Old Testament.  Why do we need to understand parts of the Old Testament that were written about four thousand years ago?  Do we really need to learn from the ancient Jewish culture and stories to become good Catholics?  The objections are understandable, but how hard have we tried?

During the second year of my teaching career, one day I called a mother to discuss about her daughter’s poor academic performance.  Before I made the call, I had expected she would assure me that she would ask her daughter to work harder in order to get a better performance next time.  Unexpectedly, this woman told me that she had no intention to ask her daughter to work harder because her daughter had already been studying very hard every night.  Similarly, God does not expect us to fully understand what has been written in the Bible but He would like to see us making an effort to understand the Word of God.

There are also people who have problems with the second table.  Many people say they have received the Eucharist every Sunday for many years and they feel they have not changed.  They still have the same faults and have committed the same sins again and again.  The questions that we need to ask ourselves are:  How have we prepared ourselves to participate in the Eucharist?  What attitudes do I have when I enter the church?  How much faith, hope, and love have I brought to the Mass?  St. Paul said, “This means that every time you eat this bread and drink from this cup, you proclaim the Lord’s death until he comes.”  (1 Corinthians 11:26)  I, too, must proclaim my own death – death to my pride, death to my selfishness, death to all my faults, together with the Lord’s death, at each Mass, so that I can rise to receive the grace from God.

To be well prepared for a good participation of the Eucharist, we need a regular life of self discipline, selfless concern for the needs of my brothers and sisters, and prayerfulness.  My proximate preparation includes:  Do I come to the Mass a few minutes early?  Do I wear decent clothes?  Do I whisper with the person sitting next to me during the Mass?  I have seen people reading the church bulletin when the priest is delivering his sermon.  I have seen people walking out of the church during the priest’s sermon to answer a phone call.  After receiving the Communion, are we aware that we have just received Jesus into us?  After the Mass, have we ever reflected on the incredible truth that we have just been on Calvary?

I reminded my friend that we should not be like the lukewarm Catholics who half-heartedly practice the Catholic faith.  I encouraged her to continue to practice and persevere in the faith because “but whoever holds out to the end will be saved.”  (Matthew 10:22)