Violence in the Bible? 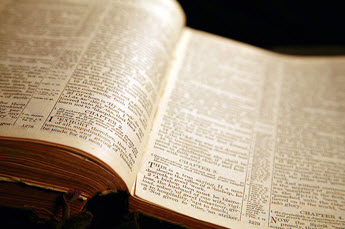 A friend from the parish told me that some young people believe that although the Bible has detailed description of violence, we still read the Bible because we need to learn about violence so that it becomes preventable.

To answer these questions, there are a few facts that need to be remembered:

Generally speaking, the Old Testament biblical authors had one particular teaching purpose in their mind, which was to teach their contemporaries and their children to fear the Lord. The teaching purpose was: ‘If you are faithful to God, He will bless you. If you are unfaithful to God, He will punish you.’ With this teaching purpose in their mind, they described God in the Old Testament as harsh, mean, easily angered, and quick to punish. Nevertheless, there are still plenty of stories about His loving, merciful, and forgiving nature in spite of repetitive instances of human infidelity.

To get a fairer image of God, we have to go beyond the biblical authors’ writing style.

Even in the world today, many people tend to interpret events (or misinterpret them) and attribute the cause to God unfairly.

Take AIDS as an example. People like to say irresponsibly that God is using AIDS to punish people for sexual immorality. In fact, some people have abused the God-given liberty and have engaged themselves in risky sexual behaviour. These people are the cause of AIDS but put the blame on God. It is more appropriate to say they have punished themselves with AIDS.

Similarly, many wars and killings that took place during the period of the Old Testament were due to imprudent policies of the nations. God did not order the killings but the emperors justified the killings by attributing them to God. It reminds me of the so-called ‘Holy Wars’ started by the terrorists today. They attribute their killings and victories to God while they and their actions are the real cause.

Now let us examine how God used violence to save the world.

There were three different options that were in front of God when Adam and Eve disobeyed Him:

Seems illogical, doesn’t it? But here God wants to send us a powerful message – real love is made up of suffering.

Love and suffering are like the two sides of the same coin. When her child is sick, a mother does not mind giving up her own sleeping time to look after the child. Looking after a sick child is love and suffering in action.

God wants to tell us that He can go to any lengths, including receiving the most painful physical punishment, to show His love to us.

Jesus had a crown that was made of thorny branches that pierced through His head because of our evil thoughts: our hatred, anger, jealousy, pride, greed, etc.

Jesus had nails that went through His wrists because we use our hands to hurt other people, to take advantage of others, to kill the innocent, etc.

Jesus had a nail that went through His feet because we use our legs to visit immoral places that we should never visit.

Jesus had His body scourged because of our sins of impurity. ( St. Faustina’s Diary #445 )

Jesus felt that He was abandoned by the Father shortly before He died because, through our actions, we have abandoned the Father.

It is sad to fail to understand that God can go to any lengths to love and forgive us. It is sadder to think that the Bible promotes cruelty and violence.