Our Life, Our Sweetness, and Our Hope

My grade 4 students have to learn about rocks as this is manifested in the Ontario science curriculum.  In their textbook, they will come across a long word – archaeologist – a word that they have never seen before.  Every year I need to teach my students the meaning of this word.  I tell them that archaeologists are people who spend much of their time digging beneath the surface of the earth to look for pottery, utensils, animal and human remains.  And with the help of their discovery, we will be able to learn more about ancient civilizations that we know little or nothing about. 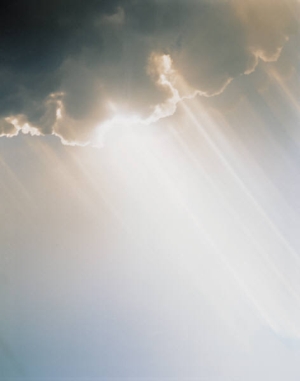 But no matter how hard the archaeologists work, they have not yet found and they will never find a tombstone that reads: ‘Here lies the body of the Blessed Virgin Mary, mother of Jesus.’

When I was in my early twenties, I read the Bible every night before I went to bed.  I started form the first chapter of Genesis to the last chapter of Revelation.  Every night I would read about one or two chapters.  It took me about five years to finish reading the entire Bible from the first page to the last page.  I do not remember finding the words from anywhere in the Bible that say: “Mary was taken up body and soul into heaven.”  Did the pope concoct this doctrine from his imagination?  Or did he get some private revelation from above?

Not at all!  The Assumption has always been part of our Catholic faith since the beginning of the Catholic Church.  It has been widely believed that Thomas, the apostle who became the ‘doubting Thomas’ because he did not believe Jesus had appeared to the other apostles after His resurrection, was not with the other apostles when the Blessed Virgin Mary was at the very last stage of her earthly life.  When Thomas heard that Mary was about to pass away, he returned from a faraway place to see Mary but he was too late.  When finally Thomas was with the other apostles, they wanted to see the body of Mary but, to their surprise, her body was nowhere to be found.  When Pope Pius XII solemnly proclaimed the doctrine of the Assumption, he just made what was implicit explicit.

Our age today is an age of fear, confusion, and disappointment.  From the 911 tragedy at the beginning of this millennium, to the recent global financial disaster, to the more recent H1N1 swine flu, to the large-scale layoffs in many industries, our daily cross seems to be bigger and heavier than ever before.  One may ask, ‘Is life still worth living?’ God’s answer, through the doctrine of the Assumption, is a definite ‘yes’.  Our Mother Mary is a role model in every virtue: humility, purity, obedience, etc.  She is a creature just like us.  She has won the ultimate reward which outshines any Olympic gold medals.  She has proved to us that we can also be in heaven with her one day with our body and soul. 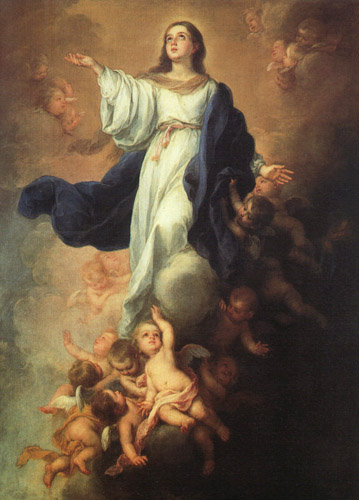 Today, we need the doctrine of the Assumption to remind us of the sacred dignity of our body.  Pope Pius XII made this solemn proclamation of the Assumption of the Blessed Virgin Mary in 1950, shortly after the two world wars, especially after the Second World War.  The Second World War, with its accompanying horror of Auschwitz, shocked people who had a right conscience.  Millions of Jews were killed by Hitler.  The dignity of these Jewish people’s body and life was expressly ignored by Hitler.

In our own era we see extremes in terms of the human body.  Many of us are guilty of adoration of our own body, which is against the first commandment.  Pampering our body and trying to make our own body more attractive and healthy has become a billion dollar industry.  The other extreme is that this is the age of the glorification of sex, which means you can do whatever you want with your body to satisfy its or your desire.  There is no reverence to the human body in this extreme.  In another extreme we see that human bodies can be experimented, tortured, or mass murdered as in abortion clinics.  Sadly, thousands of embryos are killed in abortion clinics by physicians who have been trained to save lives and whose mission should have been to save lives too.

It makes no difference how much money and time we have spent to pamper our body or to make it look more attractive or healthy.  All human bodies will one day rot in the ground.  “You were made form soil, and you will become soil again.”  ( Genesis 3:19 )

But this formula does not apply to Mary, the mother of Jesus.  The Assumption of the Blessed Virgin Mary reminds us that our body is not our master; it is a holy temple of God.  Our body needs to be respected.  Mary’s body was the living tabernacle of the Lord.  She used her body to give flesh to Jesus.  She used her body as an instrument to serve her cousin Elizabeth humbly even when she already knew she would be the Mother of God.  She used her body as a tool to accompany Jesus when He was living on the earth, to teach Jesus when He was young, to intimately associate herself with her Son’s work of redemption.

She is our role model par excellence in every virtue.  If we sin, or are discouraged, or are disappointed, we need to look up in faith at her.  She is our mother in a very real sense.  We rightly call her ‘Our life, our sweetness, and our hope’ when we say the Rosary.